I’m not sure you could call it an addiction, but probably.  When Joshua and I arrived in Hoi An, despite a 4am mini-bus to DaNang and a very disagreeable (wanted to charge us 5 times the price LISTED) local bus, we became addicted to the town. 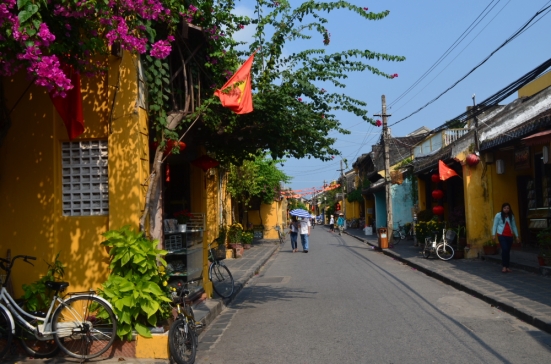 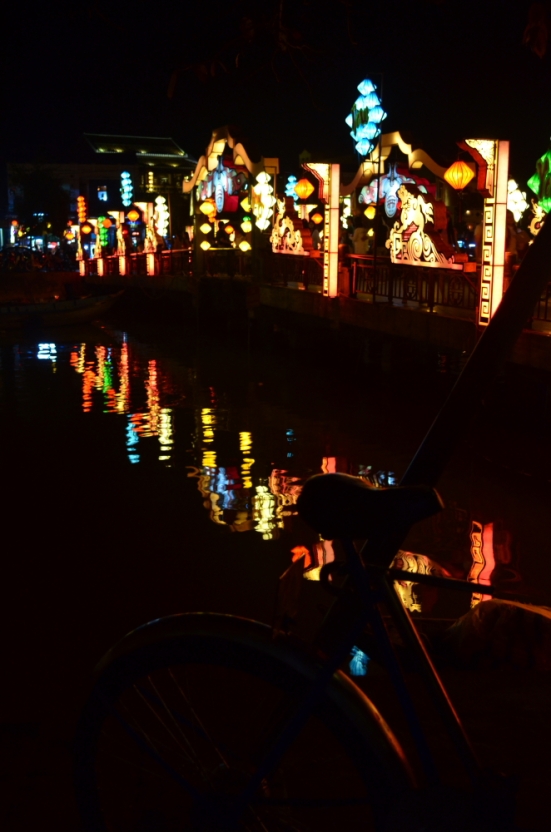 It could be because Hoi An has the most tailors per capita than any place in the world or than the old wooden buildings are so beautifully maintained or that we finally found the Southern Vietnamese food that is SOO good, but we were hooked.

We found a beautiful hotel with the best breakfast we have had in MONTHS for $16/night and used our 5 days to load up on as much clothing as physically possible.  Literally, we bought 50 items–coats, suits, shirts, dresses, shoes–ALL made to measure for us.

We went from one fitting to the next, and sometimes we stopped in a store and bought something else in between.  You can spend a lot of dong when 20,000 dong is equal to one US dollar.  The tailors are all pretty much the same (they actually all contract out to the “real tailors” who speed around on motorbikes delivering arm fulls of shirts and suits.  So our recommendation would be to find a person you like to work with (ours pictured below), know EXACTLY what you want (lined pants, tilted or straight pockets, even the type of buttons), be very clear and make sure you LOVE it before you leave the store…and play with it because while the clothes look great the long term quality is not that of a $600 dollar suit–so do something you wouldn’t ordinarily pay for! 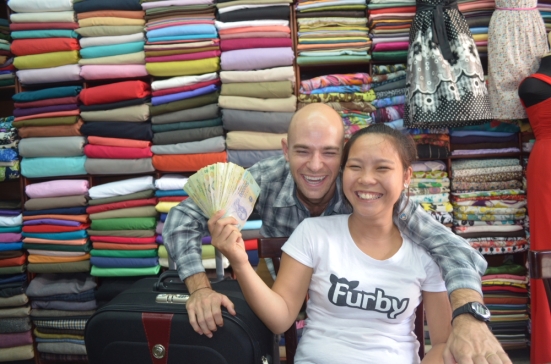 We had to buy a new crappy suitcase just to hold all of our loot.  We taped it closed so it would make it home without busting open.  It must have weighed 50lbs.  That’s right 50 lbs of new clothes that fit our skinny, malnourished bodies so we’ll have something to wear when we get home…hopefully, we have somewhere fun to wear it all! 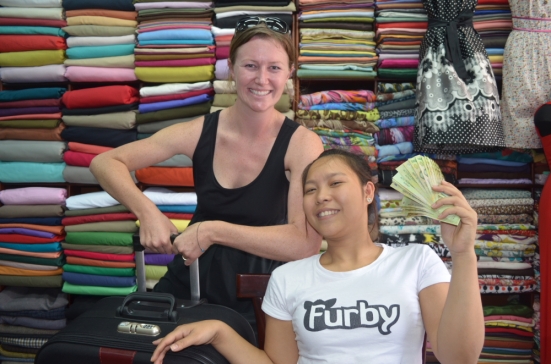 We had a hard time saying goodbye to Hoi An.  We could have stayed another week.  And if we had, we would have remembered to go to the most famous Vietnamese sandwich place…like EVER.  Even Anthony Bourdain visited…and we forgot because we were so blinded by the fun of new clothes (which is totally reasonable for a girl who has worn two pairs of pants for the last 20 months!)