In Mossel Bay, we lucked out with the sweetest B&B ever for a hostel price.  The family who owned it even sent us on our way with a hot egg and bacon breakfast.  We had a big day in front of us–a  list of things to do in nearby Oudtshoorn, known as the Ostrich Capital of the World.  Our first stop was a cheetah sanctuary where I read you can hold baby cheetahs…unfortunately, the ad was too good to be true.  The cheetah sanctuary had merged with several other animal rescue groups to form a commercialized zoo.  The funny thing is—there is no need to visit a zoo in Africa.  There are plenty of animals to see.  And to top it off, the cheetah area did not have any babies to hold.

With that small disappointment behind us, we entered the Cango Caves, South Africa’s oldest tourist attraction.

The caves were rediscovered by a local farmer in the 18th century—there is even graffiti (in the form of candle soot) on the roof of the cave from visitors in the 1800’s. 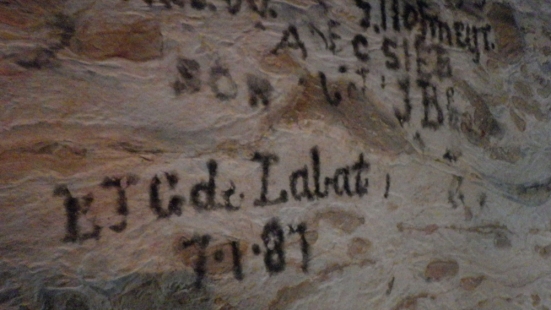 It gave me pause that I was actually appreciating the graffiti, but maybe it was because it provided a history of the visitors to these caves, like a really natural yearbook.  Our adventure tour consisted of a visit to the main cave rooms followed by several small tunnels where we had to crawl on our knees, slip through sideways or vertically and drop into a “letterbox” hole that was only 13 cm tall. 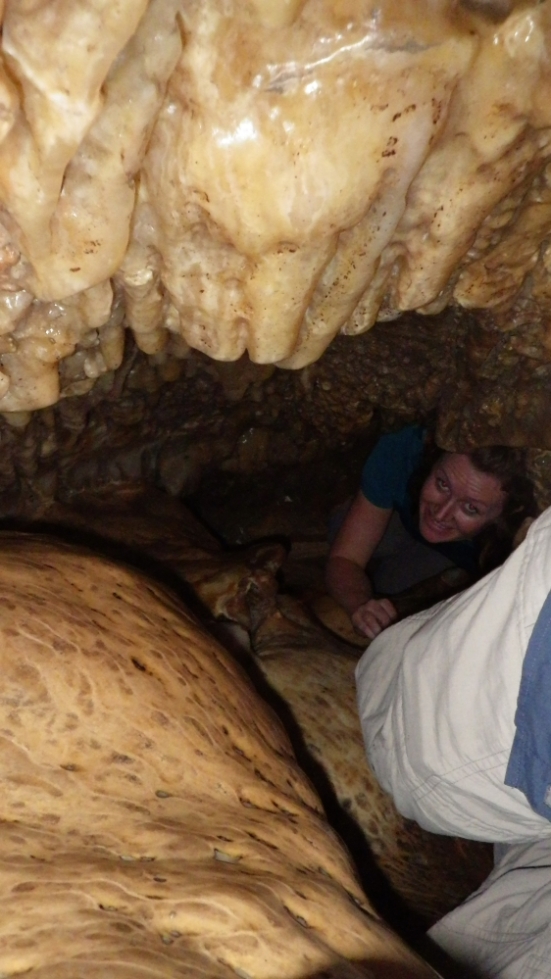 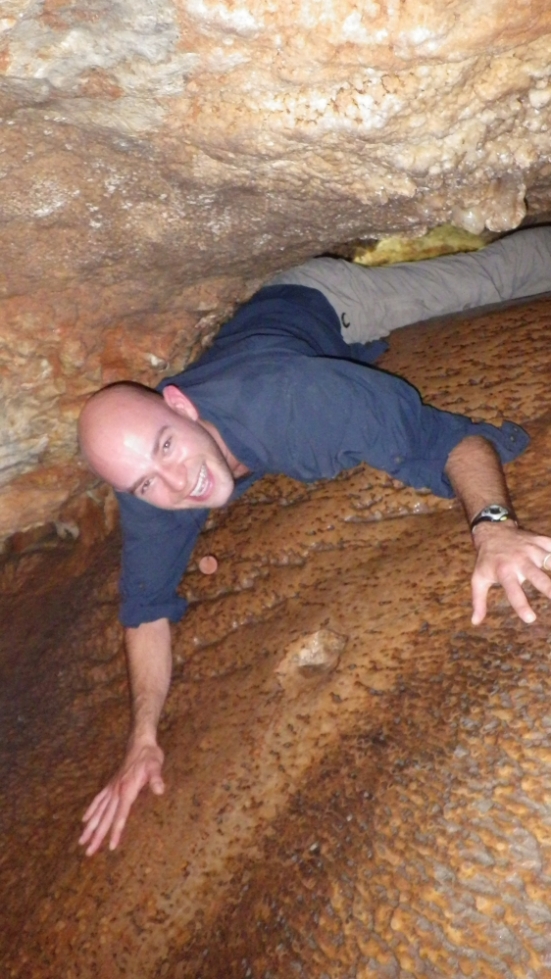 In such confined spaces, a group of 10 does about as much for my feeling of claustrophobia as it did for the potency of body odor.  We were covered in cave water and sweat by the end of the tour.  Joshua got to test his strength and flexibility.  I made it through…just barely.

Our last stop in Oudtshoorn was the famous Ostrich Farm.  As a working farm, the ostriches were being raised for meat, feathers and leather.  But, in the meantime, they allowed tourists to interact with the birds.  First, we got an ostrich briefing—lifespan, personalities, mating rituals, etc.  Then we had the opportunity to hug and kiss one.  Joshua put ostrich feed in his mouth and the bird went straight for his lips.  Twice!  Both of them even closed their eyes! 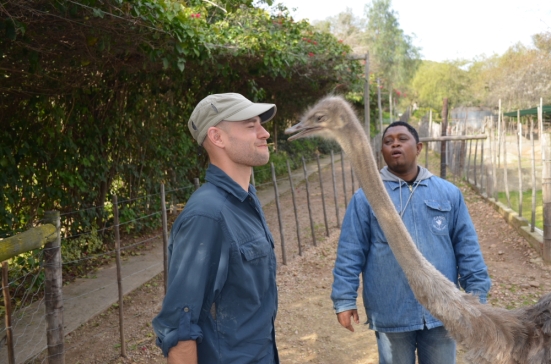 And the group of them went crazy for him!

The female birds are actually quite beautiful. 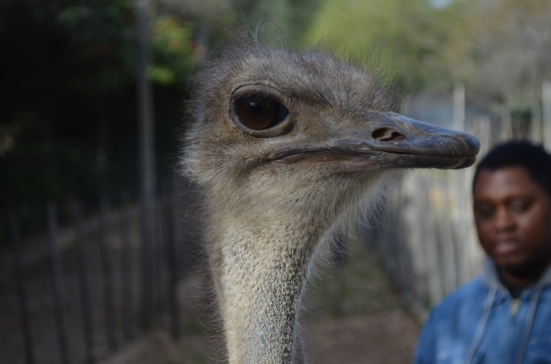 They have soft feathers, long eyelashes and the way their beaks close makes them look like they are smiling, until you get on one for a ride.  We jumped on their backs with the assistance of two “jockeys” and raced around the pen. 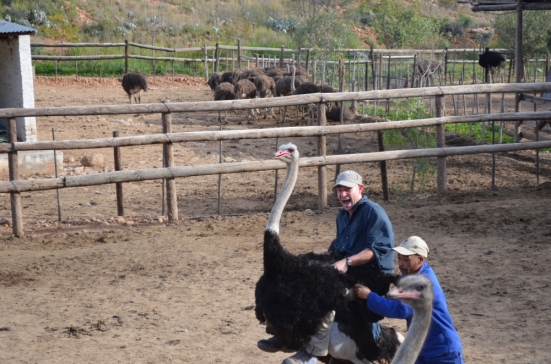 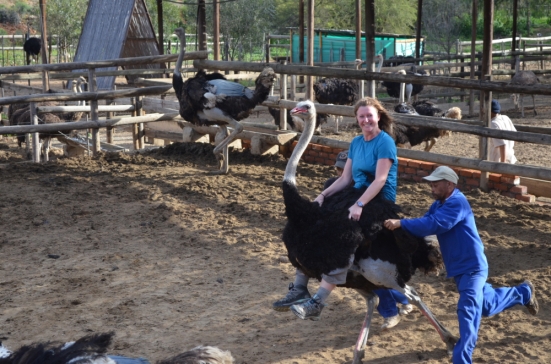 They can run really fast, faster than is comfortable when all you have to hold onto is their wings.  All steering is done by applying a small amount of pressure to their neck one way or the other as it is very sensitive to touch.  Neither of us fell off, which was the real threat (I was pushing the max weight limit and we heard that an ostrich had collapsed under the weight of a guest which killed the ostrich and broke the legs of the tourist a few years ago – before weight limits).  Finally, we got an opportunity to stand on their unfertilized eggs which can hold my weight (and plenty more) even though the shell is just 2 mm thick.

The world is mysterious!

One thought on “South Africa: Garden Route to Plettenberg Bay”